The Department of Energy's Quantum Science Center and the Superconducting Quantum Materials and Systems Center will lead a collaboration workshop to accelerate the latest developments in Quantum Algorithms and applications in Quantum Information Science.  This workshop is hosted by the Center for Quantum Information and Control (CQuIC) at the University of New Mexico, a National Science Foundation Focused Research Hub in Theoretical Physics.  The workshop will take place on campus at the Physics and Astronomy and Interdisciplinary Science (PAÍS) building, Room 1100 and virtually over Zoom.

This small workshop will include the following invited speakers:

There will be two sessions per day with one invited talk in the morning and a second in the afternoon. These will be followed by discussions.

Each session will have two or three lightning talks by Center researchers on the same topic being discussed in the session.

We will live stream and record the talks so you will be able to access them online after the event.

Registration is open to members of the QSC, SQMS, and CQuIC or by special invitation. For inquiries please write to cquic@unm.edu.

If you are attending remotely, please register using the link below:

For in-person attendance, there will be a $300 registration fee.

If you plan to attend in person, please use the following link: 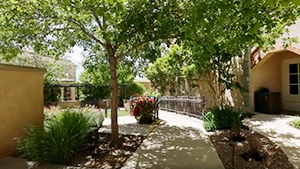 The workshop preferred hotel is the Hotel Parq Central, 1.2 miles from UNM

Please enter by the west door through the courtyard. The other doors will be locked -- UNM card access only

Since Lloyd first formalized quantum simulation, the notion of quantum of quantum simulation has always been guided by the intuition that quantum computers can provide an advantage for solving problems in this space by causing the Hilbert space of the simulator matches that of the physical system.  In recent years, the concept of block encoding has shaken this intuition.  Specifically, it allows Hamiltonian dynamics to be simulated by a higher dimensional unitary while at the same time revealing the possibility of simulating non-unitary dynamics.  In this talk I will discuss a recent tactic that uses frame transformations to transform to go into the interaction frame to reduce the computational complexity of certain simulations.  I will present several new approaches that allow us, with minimal ancilla overhead, to achieve large (exponential in some cases) advantage over previous time-independent simulation methods.  Finally, I will present a new approach that allows us to block-encode the time-dependence of the Hamiltonian rendering a time-dependent Hamiltonian time-independent.  This allows techniques such as qubitization to be applied to certain families of time-dependent Hamiltonians for the first time, alleviating a major limitation facing quantum walk based simulation schemes.

Recent progress on noisy, intermediate scale quantum (NISQ) devices opens exciting opportunities for many-body physics. NISQ platforms are indeed not just computers, but also interesting laboratory systems in their own right, offering access to large Hilbert spaces with exceptional capabilities for control and measurement. I will argue that nonequilibrium phases in periodically-driven (Floquet) systems are a particularly good fit for such capabilities in the near term. Focusing on the paradigmatic example of the "discrete time crystal" (DTC), I will review the idea of eigenstate order, wherein many-body localization allows the definition of phase structure away from thermal equilibrium. I will then discuss how an eigenstate-ordered DTC can be studied on NISQ hardware, and present recent experimental work in which these ideas are implemented on Google Quantum AI's superconducting qubit processor. This work gives a scalable blueprint for NISQ-era studies of nonequilibirum phases of matter, tackling the key issues of finite coherence time and system size.
[1] X. Mi, MI, C. Quintana, A. Greene et al. (Google Quantum AI and collaborators), Nature 601, 531–536 (2022)
[2] MI, K. Kechedzhi, R. Moessner, S. Sondhi, V. Khemani, PRX Quantum 2, 030346 (2021)

This talk will initiate workshop discussions on the quantum simulation of quantum fields, both for applications in fundamental physics and for large-scale quantum computations more broadly.   Focusing upon developing perspectives and recent progress in the quantum simulation of lattice gauge theories, we will discuss the many complementary routes for representing continuous fields onto discrete quantum systems, reverberations of such decisions throughout subsequent algorithmic quantum resources, and techniques for reliably protecting symmetries during imperfect dynamical evolution.  We will end with a basic exploration of the spacelike distribution of entanglement in the vacuum of simple fields and discuss its practical implications toward quantum simulation (co)design.

We describe contextual subspace variational quantum eigensolver (CS-VQE), an approximation method based on standard VQE that can be adjusted to use any number of qubits to approximately simulate a given Hamiltonian. This is an example of a genuinely hybrid NISQ algorithm in the sense that part of the answer is computed on the classical computer and only part on the quantum computer.

I will begin the talk by connecting the enterprise of science to the theory of learning and making predictions. I will then talk about our current understanding of how quantum technology can advance our ability to learn and predict. The talk will include high-level insights coming from our recent advances in understanding the power of quantum sensors, quantum memory, and quantum computations, as well as opportunities for building deeper and more meaningful connections between the theory of learning and quantum information science.

From abstract quantum algorithms to setting voltages in hardware: compiling to fault tolerant logic with photons

Running a fault tolerant quantum computation requires compiling through many layers of abstraction. We start from quantum circuits, convert to fault tolerant logical gates, constrain operations to physical device connectivity, until eventually reaching basic hardware instructions. When compiling to fault tolerant gates, large entangling operations are relatively cheap, while single qubit rotations are extremely expensive - quite the opposite situation to compiling in a NISQ setting. At first glance this logical compilation is a prescriptive process, but closer inspection reveals that it can introduce a lot of unnecessary overhead and there is significant room for optimization by considering the logical gates, architecture and algorithms together.

In this talk I will focus on compiling to fault tolerant logical gates for photons, and some of the ways that the features of the physical architecture and error correction can be exploited to reduce overheads.

Hello, Qubits and Harmonic Oscillators, this talk is the story of two algorithmic primitives: phase estimation and QAOA. So hang on to your hats it will be a ride.

The first ghoulish story is about an accurate, fast, and robust quantum phase estimation algorithm to estimate all the parameters of a d dimensional unitary i.e. SU(d). Such a protocol allows you to robustly tune-up arbitrary gates and circuits on d=2^n qubits with high accuracy. (Joint work with Kyle Gulshen & Benjamin Marinoff.)

Center for Quantum Information and Control